Moral Standing Is Not Moral Agency 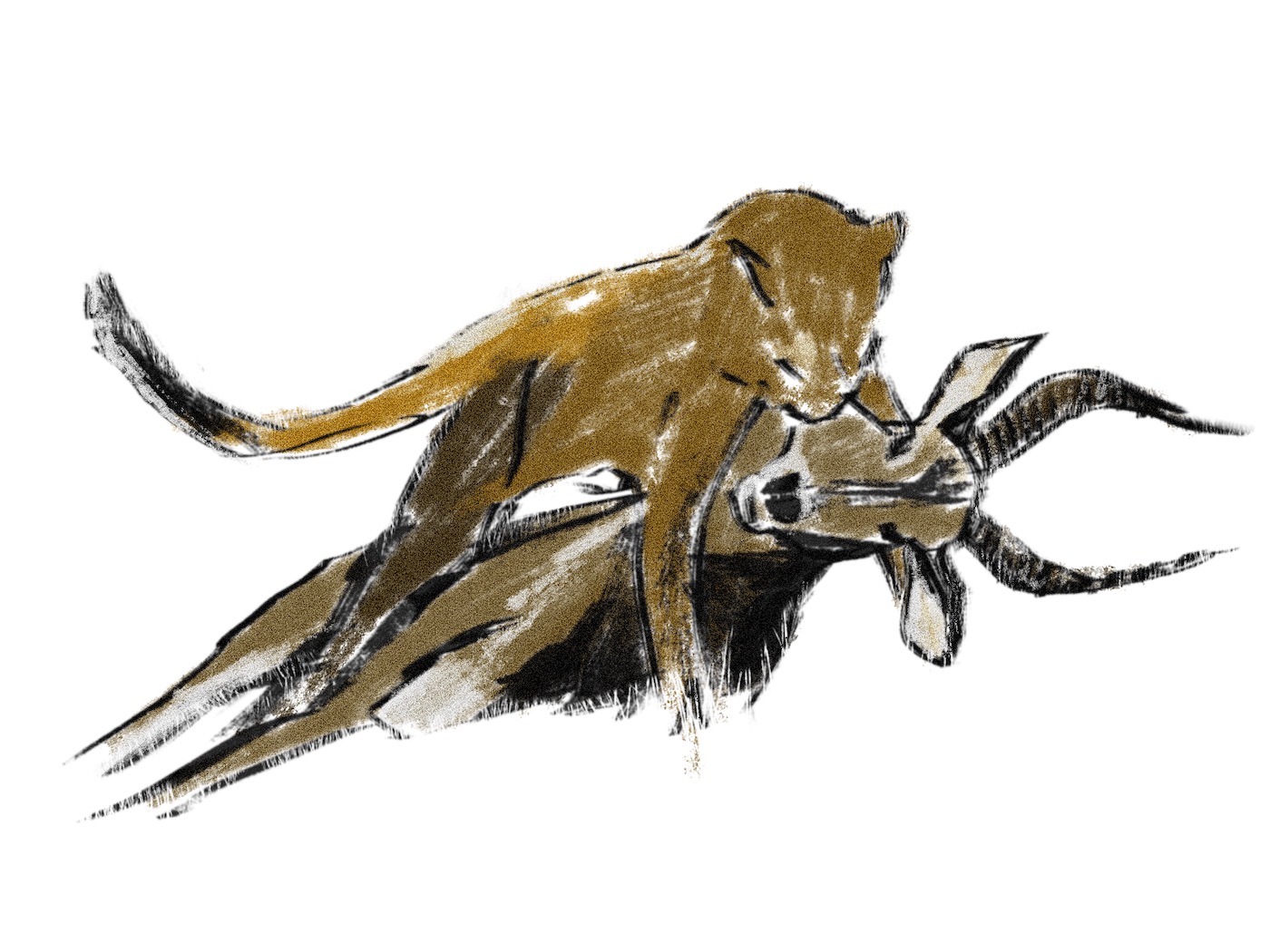 PETER SINGER: I hold these views because I think there are real problems, and you seem to acknowledge that in terms of the separation that we make between humans and animals, and the fact that we seem to think it’s fine to confine billions of animals to, you know, appalling conditions in factory farms. I think, actually, that the religious traditions, and even specifically the Christian tradition, with its complete separation of humans and animals, is largely – or not largely – significantly responsible for this fact, that we don’t bring animals within the moral sphere. I don’t see you defending that, and I do see it as a serious objection to the claim that Christianity is such an enlightened morality.

DINESH D’SOUZA: Well, I think that there is a very good reason that we make this distinction between the animals and us, and the reason can be discerned by turning on the nature channel. There you will see, for example, a gorilla move into the territory of another gorilla, bludgeon him with blows, grab the female gorilla, drag her screaming into his lair, rape her …[1]

Most often, I see this confusion come up in debates among laypeople such as myself about animal rights. For instance, someone will say that we have no obligation to treat the other animals well because they do not have any conception of morality, or because they do not themselves act morally to animals of other species, or because they cannot reciprocate, or because they are incapable of entering into contractual relationships. What this person has to do is to find out where they think our obligations to other people come from. Then it is possible to see whether these grounds apply to the other animals as well. But I think that a lot of people who make this argument do not have the standing-agency distinction in mind, and assume that anything that applies to the one also applies to the other.

I don’t mean to say that one cannot make the argument that the source of moral standing lies in moral agency, or in faculties that are also the source of moral agency. Numerous philosophers have done so, from many of the ancients on through Thomas Aquinas and Immanuel Kant.[3] I only mean to say that many people mix them up or else haven’t thought about how they are related to one another, or about how things like rationality and reciprocity are connected to them.

Kant, for example, wrote, in the Groundwork of the Metaphysic of Morals, that “[b]eings whose existence rests not on our will but on nature, if they are not rational beings, have only relative value as means, and are therefore called things, whereas rational beings are called persons, because their nature already marks them out as ends in themselves (i.e. as not to be used merely as means).”[4] He thought so, according to Christine M. Korsgaard, because humans stand in relations of reciprocity with one another, because we create moral law together.[5] But I think Korsgaard goes on to show quite convincingly that Kant’s conclusions do not follow from his intuitions.[6] For one, there is nothing that says we cannot extend our moral law to beings outside the legislative community.[7] That happens all the time in governmental law. But more importantly, she argues, animals, just like humans, are what Kant called ends in themselves.[8]

Kant takes [the fact that rational beings make moral choices] to mean that it is a rational being’s capacity for moral choice that “marks him out” as an end in himself. [… T]here are two slightly different senses of “end in itself” at work in Kant’s argument, which we might think of as an active and a passive sense. I must regard you as an end in itself in the active sense if I regard you as capable of legislating for me, and so as capable of placing me under an obligation both to respect your choices, and to limit my own choices to things compatible with your value as an end in itself. That is what it means to see us bound together in a system of reciprocal legislation. I must regard you as an end in itself in the passive sense if I am obligated to treat your ends, or at least the things that are good-for you, as good absolutely.[9]

Korsgaard argues that, for humans, the two are nearly the same, but animals are ends in themselves only in the second sense, and further that it is this second sense which is relevant in determining moral standing.[10] She writes:

As rational beings, we need to justify our actions, to think there are reasons for them. That requires us to suppose that some ends are worth pursuing, are absolutely good. Without metaphysical insight into a realm of intrinsic values, all we have to go on is that some things are certainly good-for or bad-for us. That then is the starting point from which we build up our system of values – we take those things to be good or bad absolutely – and in doing that we are taking ourselves to be ends in ourselves. But we are not the only beings for whom things can be good or bad; the other animals are no different from us in that respect. So we are committed to regarding all animals as ends in themselves.[11]

What Kant and Korsgaard have in common is that their proposed grounds for moral standing are themselves grounded in observations about human and animal nature. Often, that is not the case. “What is so special about [the most common] grounds [for moral standing]”, Jaworska & Tannenbaum write, “that they can confer special status on their possessors? For most of the proposed grounds this issue is not addressed in the literature.”[12] But I think some basic observations can point us in the right direction.

Moral agency is active: it involves making actions. Acting is premised on having certain mental and physical abilities without which we cannot act. Acting also involves certain faculties; humans, for example, have the power to make moral judgments, and this power colours many of our actions. Children, severely sick people and severely mentally ill people have undeveloped or damaged versions of these abilities or faculties, and therefore we judge their actions more leniently. For these reasons, it makes sense that we ground moral agency in abilities and faculties that allow or guide action-making.

Moral standing, on the other hand, is passive: it involves being the object of actions. In being the object of actions, what is relevant are those properties that determine what the actions of others mean for us. One example of such a property would be the capacity to experience an action’s effect, or likely effect, or intended effect, in a certain way, for example as good or bad, pleasant or unpleasant, desirable or undesirable. This would be one reason why we sometimes think it is permissible to end the life of somebody in a persistent vegetative state, for example. They do not experience imminent death as bad, unpleasant or undesirable, because it never enters into their awareness. For these reasons, it makes sense that we ground moral standing in properties that determine how we experience the actions of others, or maybe more precisely the states that those actions bring about.

Needless to say, this question is of prime importance. Because if a creature has no moral standing, we do not need to take its interests into account when we act. So if we get this answer wrong – especially in the direction of assuming there is no moral standing where in fact there is – we can potentially make some pretty catastrophic and barbaric choices. But we will never get it right if we do not distinguish properly between moral standing and moral agency, and if we do not ground each of these independently.