The Literary Technique of Recapitulation

Both historically and within Sonata Theory the term recapitulation (German, Reprise) suggests a postdevelopmental recycling of all or most of the expositional materials […] The recapitulation delivers the telos of the entire sonata – the point of essential structural closure, the goal toward which the entire sonata-trajectory has been aimed.[1]

When I first began teaching myself musical composition through the books of Ernst Toch, Arnold Schönberg and Johann Joseph Fux, I was often struck by the parallels that exist between musical form and form in the other linear arts, arts like poetry and fiction. I thought of this again the other day when I read the final pages of a short story by Pierre Michon. The story reminded me of two things, first a novella, The Life of Joseph Roulin, that appears earlier in the same collection of stories and then one of the greatest books by my favourite author, Gerald Murnane’s Tamarisk Row. It reminded me of both of these because all three works had in common their ending with breathless, lyrical passages that recalled one by one all the major motives and images that had appeared in the works up to that point. I think of this technique as akin to the recapitulation in music, the final section (excluding the optional coda) in some musical forms, most famously the sonata, where all the themes are repeated one by one in the key of the Tonic.

I have written previously of the idea that meaning is connection, that we carry with us and interpret the world using networks of meaning and that the more nodes a thing can be connected to in this network, the more meaningful that thing is to us; to borrow a phrase from Baruch Spinoza, “the more things an image is joined with, the more often it springs into life”[2]. I wrote that this model would help explain “why younger people (who have had less time to form these meaning-connections) often have less sophisticated taste in art than adults (because sophisticated art relies on context and knowledge and is usually not on its own as immediately pleasurable or stimulating as popular art; sophisticated art needs things to latch on to; the minds of younger people contain fewer meaning-nodes for it to latch on to)” and “why there is a perceived need in any narrative to tie up all the loose ends, in other words to connect the themes, characters or events that have appeared in the narrative”.

Now I have learned that John Gardner got there before me:

It is this quality of the novel, its built-in need to return and repeat, that forms the physical basis of the novel’s chief glory, its resonant close. […] What moves us is not just that characters, images, and events get some form of recapitulation or recall: We are moved by the increasing connectedness of things, ultimately a connectedness of values. Coleridge pointed out […] that increasingly complex systems of association can give a literary work some of its power. When we encounter two things in close association […] we tend to recall one when we encounter the other. […] If the first time our hero meets a given character it occurs in a graveyard, the character’s next appearance will carry with it some residue of the graveyard setting. […] Even at the end of a short story, the power of an organized return of images, events, and characters can be considerable. Think of Joyce’s “The Dead”. In the closing moments of a novel the effect can be overwhelming.[3]

In The Life of Joseph Roulin, we follow the proletarian postman of that name of whose family Vincent Van Gogh painted innumerable portraits when they lived on the same street in Arles in Provence towards the end of the nineteenth century. The two became close friends and the postman, so I’ve read, was fiercely loyal to the painter, who was over a decade his junior. The story ends by imagining Roulin’s death three years after the painter’s, him having collapsed at the side of a country road, “a little road that snakes its way above the great gulf, a yew tree at its end, a cypress”.[4] In the final paragraph, the narrator connects the novella’s major motives, themes and images to the philosophical problem of beauty:

Who can say what is beautiful and as a result, amongst men, is deemed worthless or worthwhile? Is it our eyes, which are the same, Vincent’s, the postman’s, and my own? Is it our hearts, which a trifle can seduce, which a trifle can dismiss? Is it you, young man sitting with your hat placed next to you chez Ambroise Vollard, talking animatedly about painting with beautiful women? Or you, paintings roosting in Manhattan, merchandise whose enlightened fads nourish the dollars, doubtlessly drawing them nearer to God as well? Is it you, Browning? Perhaps it’s you, Old Captain topped in blue, looking at a little heap of Prussian blue fallen on a road; it’s you, white beasts, learned and mute, whose very volumes we caress far from here on rue des Récollettes, who know exactly what three francs is worth; it’s you, crows flying up above that no one can buy, no one can command, which do not speak and are only eaten during the worst famines, whose feathers even Fouquier wouldn’t want in his hat, dear crows to whom the Lord gave wings of matte black, a cry that cracks, the flight of a stone, and from the mouth of His servant Linneaus came the imperial name Corvus corax. It’s you, roads. Trees that die like men. And you, sun.[5]

This passage “ties the bag together” as the Swedish expression puts it: the subject matter of the entire novella has gone into it and, resting at the centre, touching all those other things, is the question how can one tell what is beautiful? The paragraph begins with sentences of medium length, a walking rhythm, but then speeds up as phrases get shorter and semicolons replace periods before finally slowing down in the final three sentences, which are brief but peaceful and spacious. The slackening of the pace together with the completed repetition of all the previously appearing motives makes us feel that we have arrived somewhere familiar, perhaps home; it is the peaceful feeling of repose that the Tonic key generates in music. And thus does Michon use the recapitulation technique for each of its functions. 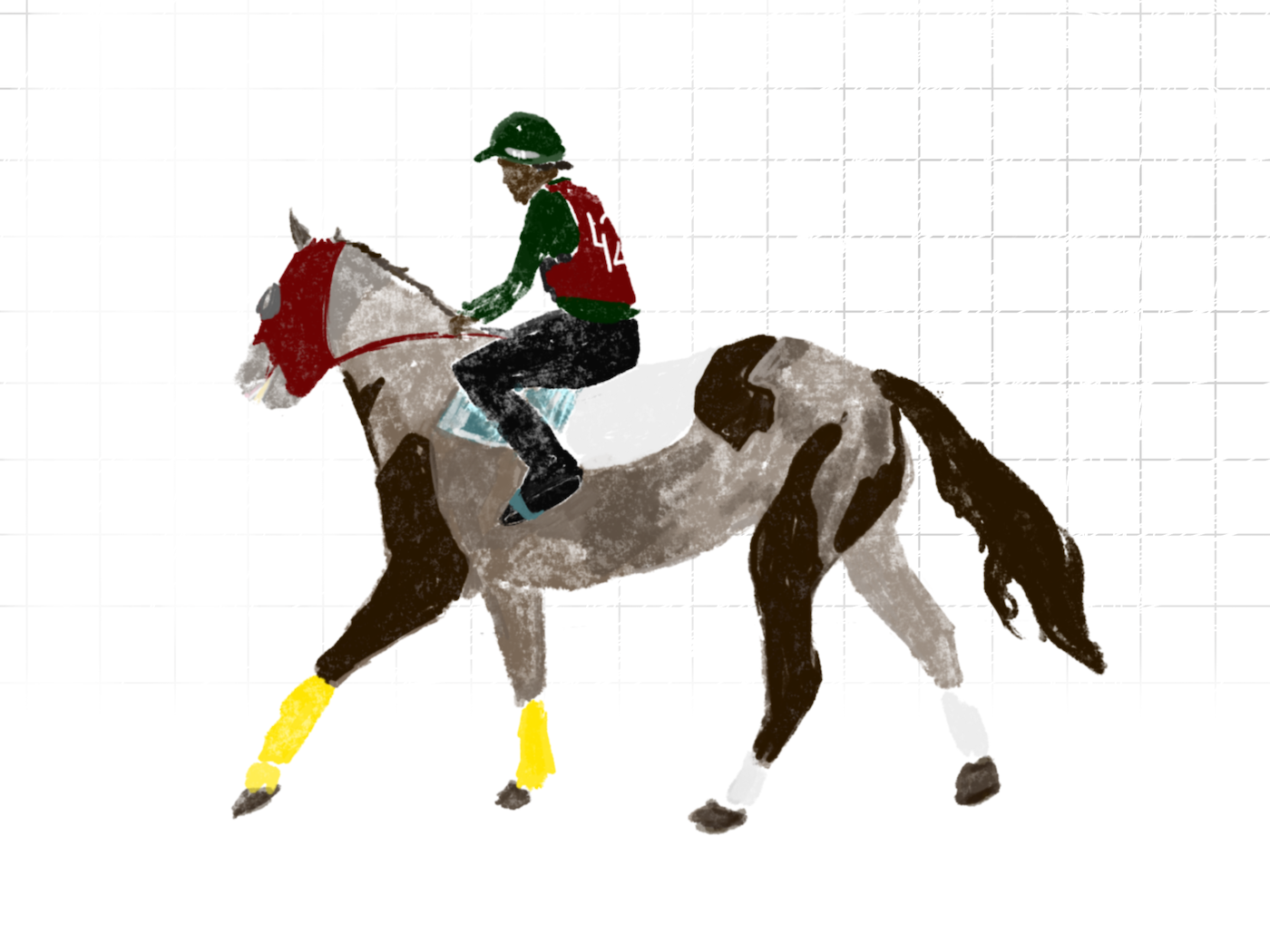 Tamarisk Row, though also a work of fiction from the second half of the twentieth century[6], is quite different in subject matter and style. Quoting the back cover, it is “an unsparing evocation of a Catholic childhood in a Victorian country town in the late 1940s. Clement Killeaton transforms his father’s obsession with gambling, his mother’s piety, the cruelty of his fellow pupils and the mysterious but forbidden attractions of sex, into an imagined world centred on horse-racing, played in the dusty backyard of his home, across the landscapes of the district, and the continent of Australia.”[7] Many of its central themes and images – glass marbles, horse-racing, colour, plains, grasslands, ground-dwelling birds, Catholicism, the forbidden pleasures, the female sex – many of these are important themes also in other works of his; all of them are invoked in the final passage of the book, which passage bears the heading “The Gold Cup race is run”.

“Over the years”, Murnane writes in the foreword to the 2007 Giramondo edition, “several readers have told me that they consider ‘The Gold Cup race is run’ an example of so-called stream-of-consciousness prose. It is no such thing. What is now[8] the last section of the book consists of five very long compound sentences, each comprising a main clause and numerous subordinate clauses, together with a description of part of a horse-race. These six items are interwoven, so to speak. […] In due course, the five sentences come to an end, one after another. The race-commentary, however, does not quite come to an end. The very last words of the book are the words of the race-caller as the field of horses approaches the winning-post.”[9]

I should add that said race-commentary concerns the race of fifteen horses, each seemingly invented by Clement Killeaton and each carrying racing colours that represent one of the book’s subject matters, as is made clear near the book’s middle point. Number fifteen, for example, is Tamarisk Row and carries “green of a shade that has never been seen in Australia, orange of shadeless plains and pink of naked skin” representing “the hope of discovering something rare and enduring that sustains a man and his wife at the centre of what seem to be no more than stubborn plains where they spend long uneventful years waiting for the afternoon when they and the whole of a watching city see in the last few strides of a race what it was all for”.[10]

Reproduced below is the Gold Cup race passage in full. (I have also tried to separate the six items and present them individually; you can find the result of that labour in this footnote[11].) Notice how Murnane uses signposts to indicate where a new sentence-part begins: the first sentence has many parts beginning with verbs in present participle form; the second with the conjunction while; the third with the adverb where; the fourth with various positional prepositions like past and over; and the fifth with the third person singular pronoun he followed by a verb in the indicative form. Notice also how the interwoven sentences and the absence of any punctuation propels the text to a climax, how once again all of the main motives in the book are combined and connected to one another, and finally how, as the sentences resolve one by one, several times ending by mentioning the phrase tamarisk row, we arrive at a clear cadence:

This is my writing-place. There is no About page. There are just a bunch of articles. If you don't know where to start, try one of the notable posts listed further down.