The first thing you think of when you hear the word mystery is probably the sort you find in detective novels or police procedurals. It’s the kind of thing that Arthur Conan Doyle and Raymond Chandler were concerned with. Then, as you delve into the deeper recesses of your mind, you may think of religious or transcendental mysticism. Now it seems like the kind of thing that the Gnostics were concerned with. And the word’s root is religious in nature, descending as it does from μυστήριον (mustḗrion), from μύστης (mústēs), “initiated one”, from μυέω (muéō), “I initiate”, from μύω (múō), “I shut”.[2] But there’s nothing godly about it, nor anything furtive, nor cryptic.

This text is a commentary on H. P. Lovecraft’s story The Call of Cthulhu. And I will get to that one soon enough. But first we must do a little groundwork, by making a distinction between two kinds of mysteries.

A Distinction in Mystery #

The distinction I want to make is this. Sometimes we mean by mystery a situation where a thing is not known that could or should be known. This is the case for three of the examples above: the circumstances of the young monk’s murder, the link between COVID-19 and sleep and the whereabouts of the old man’s keys are all things that we should, or at least could in theory, know. But we don’t. And the fact that we don’t but should or would ordinarily know focuses our attention on these unanswered questions. That’s what makes them mysterious. I call this the mystery of the unknown. It is the domain of secrecy and mystery fiction.

But there is another kind of mystery in which the sought-after information is not only unknown, but in a sense cannot be known, or cannot be understood with the human intellect, or cannot be expressed in human language. This is what Teresa of Ávila experienced in her vision of the cherub and perhaps what you yourself experience when you think about the meaning and purpose of life. I call this the mystery of the unknowable. It is the domain of poetry, philosophy and religion.

What these two kinds have in common is of course that they have to do with knowledge, or more precisely its absence, together with a focus on or calling to attention of it. This latter part seems pretty important, because new information can be mysterious if it directs our attention to other things of which we have no knowledge. Mystery isn’t so much the unknown or the unknowable as pondering the unknown or the unknowable. Odysseus Elytis, the great Greek modernist poet, has asserted, quite beautifully (though I don’t know if he’s right), that these modes vary from culture to culture:

There is a passage in my collection of essays where I say that Europeans and westerners always find mystery in darkness, whereas we Greeks find it in light, which for us is something absolute. To illustrate this I relate three memories. I tell of how I once, in the middle of the day, saw a lizard climb up on a rock (it wasn’t afraid because I stood motionless, without breathing even) and then, in full daylight, with a multitude of small movements perform a veritable dance in honour of the light. On a separate occasion I experienced this mystery at sea, between the islands Naxos and Paros. Suddenly, I saw at a distance dolphins approach and pass us, leaping high over the surface of the water, at the level of our deck. The final memory is that of a young woman on whose naked breast a butterfly sat one day around dinner time as the cicadas filled the air with their loud creaking.[10]

It seems to me that the mysteries Elytis has in mind are those of the unknowable, the numinous, the transcendental. He is, after all, a poet, and poetry has in common with religious mysticism that it seeks to explain the sorts of things that cannot be expressed in words, only alluded to. Science is different. The sciences have comparatively little mysticism in them, because it’s in the nature of the scientific method to ask the sorts of questions that can be answered and that can be comprehended intellectually. But in religious mysticism, knowledge of a divine sort is attained through means outside the intellect and outside human faculties of reason, through spiritual or intuitive means. “To have faith is precisely to lose one’s mind so as to win God.”[11]

(There are spoilers ahead. If you have not yet read the story, this is a good time to do so. It’s short enough to read in one or two sittings. You can find it here.)

The Call of Cthulhu tells the tale of a man – the narrator – who, finding “[a] queer clay bas-relief and […] disjointed jottings, ramblings, and cuttings” among the papers of his grand-uncle, a professor of Semitic languages who has recently died under suspicious circumstances, follows in the deceased one’s footsteps as he pieces together clues gathered from the dream reports of a young, unstable artist, press cuttings describing strange incidents from all corners of the world and a night raid in the swamps outside New Orleans led by an unwitting police inspector. These clues hint at obscure cults worshipping ancient beings known as the Great Old Ones. In the third and final act, the narrator comes across by chance a news report of the misfortunes of the crew of a New Zealand steam yacht, out of which only one man survived, an incident that leads the narrator to sense at last the full extent of everything that has happened. 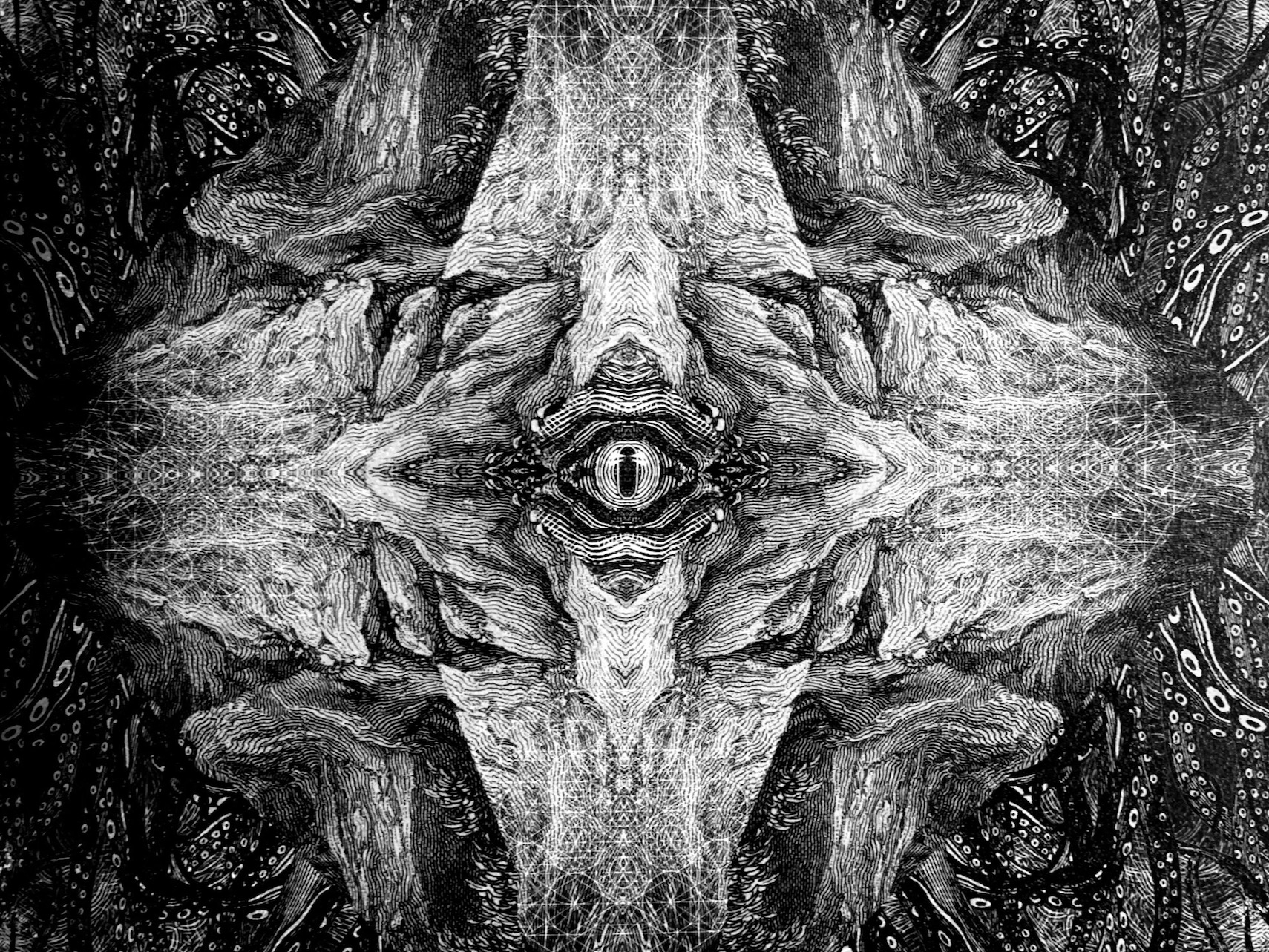 Now you will see why I took that long detour before. I think that this story, in my view the finest that Lovecraft ever wrote, is extraordinary because it revolves around both kinds of mystery. There is the unknown, which is summoned by the narrator’s gradually learning what his grand-uncle learned and then finding out what happened to the New Zealand steamer. There is the unknowable, which is the nature and history of Cthulhu, which nature and history, in the narrator’s view and in the view of the implied author[12], are the stuff of nightmarish horror, as is made clear in the story’s famous opening paragraph:

The most merciful thing in the world, I think, is the inability of the human mind to correlate all its contents. We live on a placid island of ignorance in the midst of black seas of infinity, and it was not meant that we should voyage far. The sciences, each straining in its own direction, have hitherto harmed us little; but some day the piecing together of dissociated knowledge will open up such terrifying vistas of reality, and of our frightful position therein, that we shall either go mad from the revelation or flee from the deadly light into the peace and safety of a new dark age.[13]

This is the sort of knowledge that human brains are not fit to store or process. Now, Lovecraft was an atheist and a materialist.[14] But the implied author of The Call of Cthulhu has a lot in common with religious mystics. To them, the mysteries central to their religions couldn’t be transmitted by speech, but had to be intuited or felt. Lovecraft’s gods likewise cannot speak with humans:

When, after infinities of chaos, the first men came, the Great Old Ones spoke to the sensitive among them by moulding their dreams; for only thus could Their language reach the fleshly mind of mammals.

Lovecraft evokes mystery in a variety of ways, the most common of which is also the least artful, namely that of simply telling us that something is mysterious, obscure, incomprehensible or indescribable. He does that a lot. But I don’t think it’s a flaw necessarily: I think these words are the foot soldiers in his war against the mundane. They are a necessary, if insufficient, tool, tiny particles of a shadowy cloud.

But he does have many more artful ways of doing it, too. One is through anomaly and ambiguity, in other words the quality of being either a member of a very rare category, or not an obvious member of any category. These qualities work to heighten the mystery because they are open questions, they point out something unknown. For instance in the police inspector’s encounter with the swampland cultists:

– the same cult-members which the narrator (and it may be worth pointing out here that Lovecraft had deep-seated prejudices) describes as “mongrel” and of “mixed blood”, highlighting their ambiguous nature. Of which origin are the cultists? Why are these people making sounds like animals? The young artist claims that R’lyeh, the sunken, “nightmare corpse-city” in which Cthulhu rests, in his dream-visions, had a geometry that was “all wrong”. This is later confirmed by the surviving seaman, who reports that the same city had a geometry that was “abnormal, non-Euclidean, and loathsomely redolent of spheres and dimensions apart from ours”. And so on. 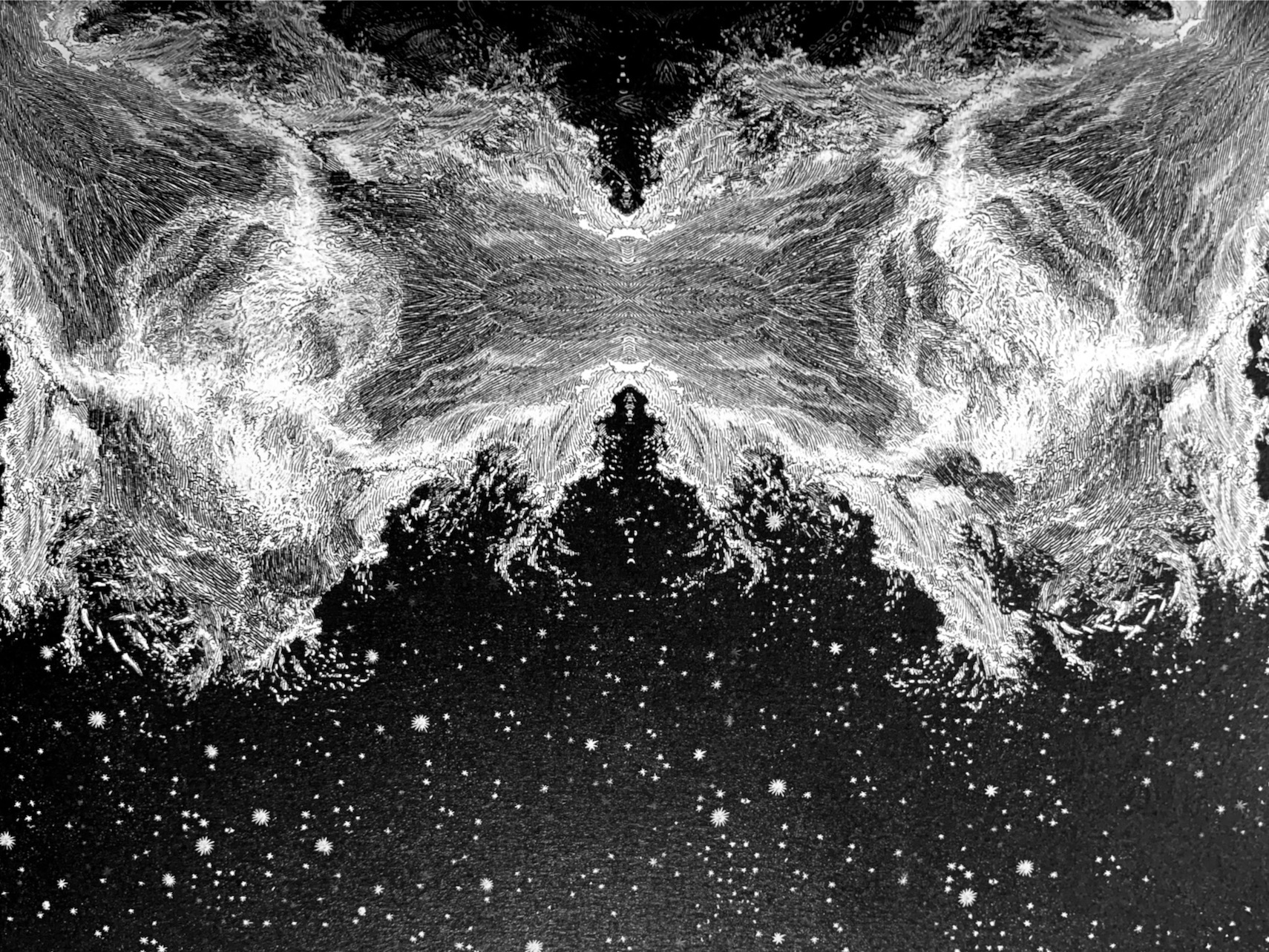 Another technique that Lovecraft uses is paradox. A paradox is a seeming contradiction that may, upon investigation, not be a contradiction after all. A paradox poses a question, too: it asks, “If both parts of me are not true, which is wrong?” The Gnostics realised this and used paradox freely, for example the author of Thunder, Perfect Mind:

For I am the first and the last.
I am the honored and the scorned.
I am the whore and the holy.
I am the wife and the virgin.
I am the mother and the daughter.
I am the limbs of my mother.[16]

Lovecraft does this, too. The Louisianan cult-members chant of Cthulhu’s being both dead and dreaming at the same time. The tormented artist dreams of “a voice that was not a voice”. One of the cultists that were captured by the police inspector says of the Great Old Ones:

All these things add up to a full-frontal assault on certainty and knowing. Lovecraft was a cynic; his cynicism was founded on the futility of being, on the insignificance of humanity in a vast cosmos.[17] Like the mystics, he believed that it was possible to pull down the curtain of appearances and reveal the true nature of things; but whereas they thought you’d see the deeper meaning of things, he thought you’d see life’s meaninglessness. He was not the first person to suggest that this transcendental knowledge was not a bed of roses. Aldous Huxley wrote that “[t]he literature of religious experience abounds in references to the pains and terrors overwhelming those who have come, too suddenly, face to face with some manifestation of the mysterium tremendum.”[18] Teresa of Ávila’s ecstasy had equal measures pleasure and pain. But I think the mystics believed that this knowledge was ultimately good – it was, after all, knowledge of God.

Early on in The Call of Cthulhu, having recounted his grand-uncle’s having correlated a number of dream reports, the narrator repeatedly notes that it’s well that the dreamers lacked the opportunity to compare notes, or to hear of what the narrator himself has learned. Because this is knowledge that warps and shatters the human mind. He might have rejoiced that the ordeal was over. But as he prepares to recount the misfortunes of the surviving seaman, and having learned all there is to learn, the narrator issues a prophecy:

I shall never sleep calmly again when I think of the horrors that lurk ceaselessly behind life in time and in space, and of those unhallowed blasphemies from elder stars which dream beneath the seas.[19]