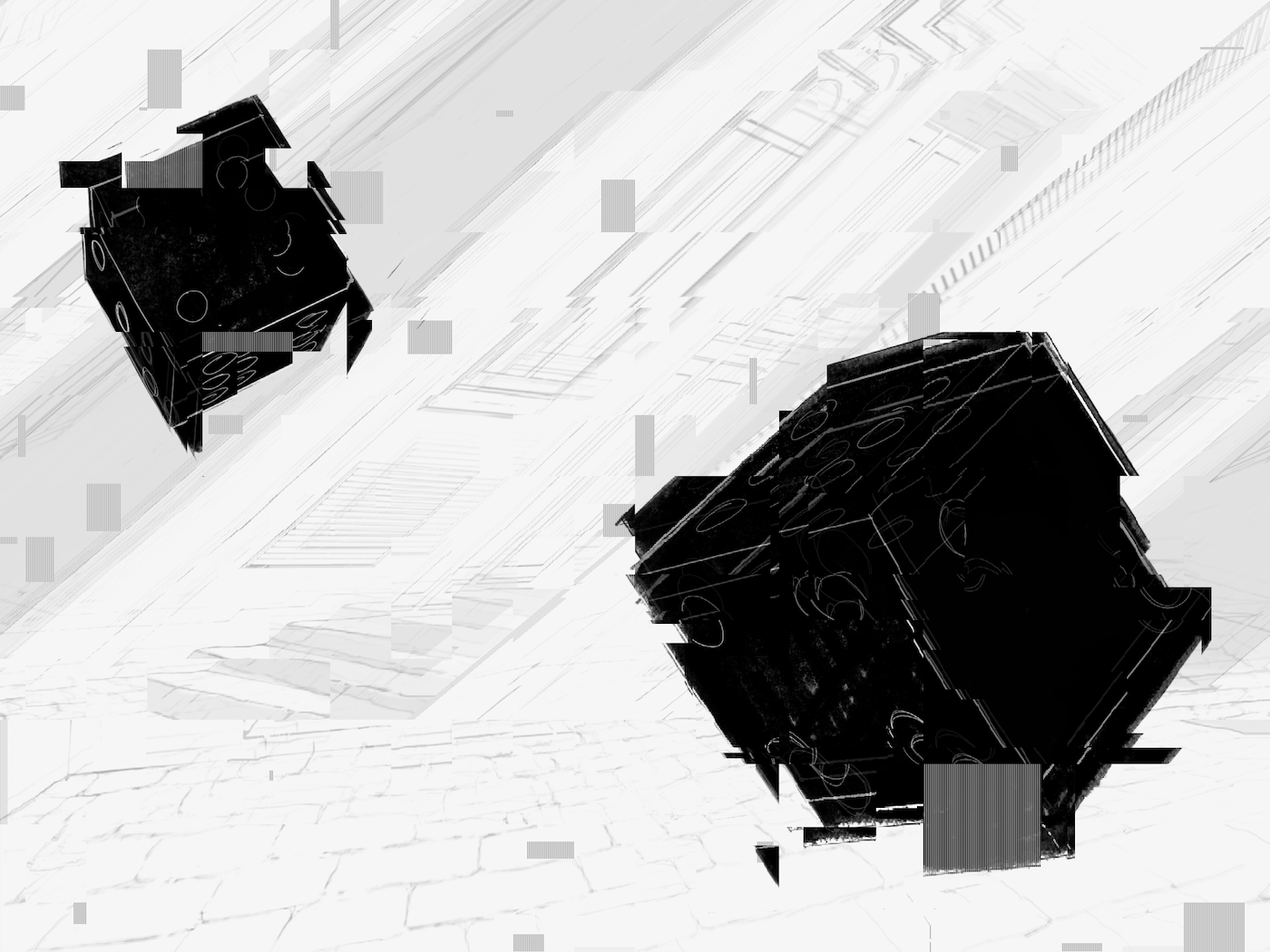 Olle Häggström is a Professor of Mathematical Statistics at Chalmers University of Technology and has written texts about probability theory, existential and AI risk and futurology among many other subjects. His latest book, Tänkande maskiner (Thinking Machines), draws on research in AI and AI safety to give an overview of where we are heading and what we ought to do. His excellent blog, Häggström hävdar, recently turned ten. He was kind enough to answer some of my questions; these answers are reproduced below.

The State of Things in Sweden #

ERICH: How fares reason in Sweden?

OLLE: As always, it’s heterogeneous. And I don’t think Sweden particularly stands out compared to the rest of the Western world. Especially over the last decade, we’ve seen a rise of right-wing populism, and in parallel with that a social justice movement on the left whose emphasis on identity and vexed feelings increasingly often goes astray. These trends are not yet as widespread as in the United States – we haven’t elected a Trump, and cancel culture is not as much of a thing as over there – but we seem to be heading in the same general direction. These worrisome trends make it even more important to promote rationalist and Enlightenment thinking.

ERICH: Where are the interesting discussions taking place in Sweden nowadays? Surely not on Dagens Nyheter’s culture pages?

OLLE: It’s hard to pinpoint any one newspaper, periodical, organisation, web forum or other institution as standing out clearly as a better place for informed discussion than all the rest. There are occasional good discussions in many places, including Dagens Nyheter, and I’ve found that the highly cross-disciplinary intellectual atmosphere at the Institute for Future Studies in Stockholm, where I’ve worked part-time for a few years, is excellent. But the truth is that for the best discussions, I’ve increasingly turned to the English-speaking world, and especially to web-based discussion fora such as LessWrong, AI Alignment Forum, Astral Codex Ten and the 80,000 Hours Podcast, to name just a few. It’s not that we’re worse at maintaining good rational discourse in Sweden, it’s just that our country is so much smaller, so you can’t expect us to have as much of it as in the US or the UK.

ERICH: Is there a Swedish Scott Alexander? A Julia Galef? Even an Eliezer Yudkowsky?

OLLE: I must say you’re good at guessing who some of my favorite intellectuals might be. But I should also say that those you mention are unique individuals, and it doesn’t make much sense to try to name Swedish counterparts. If I did try to do that, I’d necessarily omit a lot of extremely bright Swedish thinkers and friends, and thereby unnecessarily insult them. And perhaps I’d even insult those I do mention. I recall once, when I was maybe 30 or 35 and very much up and coming in academia, and I had given a talk somewhere in Sweden, and this professor X from the older generation came up to me afterwards and wanted to express how much he liked the talk and to say something really nice to me. So he said, with reference to another leading Swedish math professor Y of his own generation, “You really are a worthy heir to Y!” And while I understood he meant it as praise, I couldn’t help feeling partly insulted. I hope I didn’t show it too much, but I felt like saying “I am not Y, or an heir to Y, I am Olle Häggström, with my own unique competences and agendas”. And so I won’t give you any names.

ERICH: Karlinsky & Kobak estimate an increase in excess mortality since March 2020 of ten per cent in Sweden, compared with one per cent in Finland and decreases of one per cent in Denmark and four per cent in Norway. How well have the Public Health Agency and Anders Tegnell carried out their jobs?

OLLE: Well, as you know, it’s controversial to compare Sweden only to our Nordic neighbours. We come out looking a lot better if you add the rest of Europe to the equation. But with that said, I do think the Public Health Agency of Sweden could have done things a lot better. At the outset, their prior for properties of the virus (such as reproduction number and infection fatality rate) was unreasonably concentrated around “just a bit worse than an ordinary flu”. They were deliberately obfuscating the important discussion of mitigation versus suppression strategies – something that I took part in trying to correct, although not very successfully. They’ve consistently been terribly slow in reacting to increasing spread of the virus, and they’ve been terribly uninterested in testing and tracing. And then there’s the face mask issue: their irrational and scientifically unsupported opposition to face masks throughout 2020 is indicative of something being wrong with the intellectual culture at the agency. Groupthink is probably a large part of the problem.

ERICH: The Dagens Nyheter article you wrote about recently, the one that treated the lab leak theory as a conspiracy theory – is that article an example of groupthink? Or credentialism maybe?

OLLE: Yes, groupthink. And I must admit I was part of this until early 2021. I try to learn from that. We can think of this as a kind of signalling: we reasonable people want to show how rational and intelligent we are by distancing ourselves from various kinds of pseudoscience, but sometimes this makes us overly trigger-happy, and we join the group in dismissing something that really does deserve taking seriously. I think this is what happened with the lab leak hypothesis. At the same time, when I defend the lab leak hypothesis I need to ask myself whether this is just another layer of signalling, namely what Scott Alexander has called meta-contrarianism. We should aspire to be more than just the sort of guy he calls “intellectual hipsters”.

ERICH: Have you ever worried about being deplatformed?

OLLE: Not so much. I believe my platform in academia is – at least for the time being – quite solid. I try to be honest and outspoken, and am actively suppressing worries about deplatforming. The worries I nevertheless have are more about how friends and people I care about might react negatively. This has been especially the case during the pandemic, when discussions about the Swedish pandemic response have been unusually toxic. Another case where I am hesitant in a way that contradicts my honesty and outspokenness ideal concerns the sort of excessive wokeness in academia that Ivar Arpi and Anna-Karin Wyndhamn write about in Genusdoktrinen. I almost do not dare say that there is a lot in that book that I agree with. But now I did it!

Come to think of it, I do have a colleague in Swedish academia who has actively for a number of years been trying to deplatform me because of my take on AI safety and AI risk. But I don’t think this case should be seen as part of cancel culture, but rather as an example of the kind of improper academic rivalry that has been around for as long as academia itself.

ERICH: Do politicians listen to scientists at all? Can you, as a professor, make your voice heard?

OLLE: If you read the newspapers, you can get the impression that politicians are so involved in the struggle to win the next election that they do not care about addressing the full range of problems society is facing, and especially not about long-term issues. And while there’s some truth to that, there’s more going on behind the scenes than meets the eye. For instance, I was very happy last year to be asked by the Swedish Green Party (Miljöpartiet) for a report to help them figure out their politics in the AI sphere. And as it happens, I have another meeting on AI politics just this afternoon with a high-ranking member of another party. I am not in a position yet to brag that I’ve had any crucial influence on politics, but I keep working on it and we’ll see …

ERICH: There are elections next year. I understand if you don’t want to disclose how you are planning to vote, but perhaps you can already say something about how you will absolutely not vote?

OLLE: Nobody will be surprised to hear that it is exceedingly unlikely that I would ever vote for the Sweden Democrats.

ERICH: Having read your blog posts, including comments, about Göran Lambertz’s theory of probability, I am equally horrified that a man in such a high position can make so many mistakes, impressed by his seemingly inexhaustible energy and almost inclined to pity him. What can we learn from his failures?

OLLE: I actually had dinner with Göran Lambertz in the fall of 2016, when most of our fights over his bizarre new probability calculus in Quickologi were done with, and I found that his personality is in some ways similar to mine. A high self-confidence on intellectual matters is part of that. So for me personally, the Quickologi incident is an alarm call for being on guard against making similar mistakes to what Lambertz has done. In particular, to avoid making confident proclamations in a field which is not my own without proper respect for the available body of knowledge in the field and without having first learned what the experts say.

ERICH: Your latest book was released on Christer Sturmark and Björn Ulvaeus’s publishing house Fri Tanke, but so was the Lambertz book that you were criticising! What role do Sturmark and Humanisterna play in Sweden today?

OLLE: I think Fri Tanke is a wonderful thing with their Enlightenment profile, contributing importantly to the publishing landscape in Sweden. Yes, they did publish Quickologi (and I could mention one or two other books that really suck), but I think the fair thing is to judge a publisher by the quality of their best books rather than their worst, and by this criterion (and my own books aside) I give them an A+.

I think Humanisterna has an important role to play in Swedish public debate. They have now entered a more normal, and perhaps slightly less visible, stage than during Christer Sturmark’s 13-year period as chairman. Which is good. Christer did an enormous amount of good for Humanisterna and really brought them to the limelight, but I think being led by such a uniquely charismatic figure also has downsides, and that eventually it is better for a social movement to go on to the next stage. I am still a member.

ERICH: You used to work chiefly in mathematical statistics, but now, so I gather, focus more on AI and future studies. Did you have an epiphany?

OLLE: No, it certainly does not boil down to a single moment like that. It’s a long story. May I direct your readers to an autobiographical (but somewhat tongue-in-cheek) blog post from 2013 where I tell at least part of the story?

ERICH: You may. That post being in Swedish brings us to my final question. To write in Swedish or in English – is that something with which you struggle?

OLLE: Yes, I do struggle a bit with that. It’s a balance. On one hand, of course writing in English gives me the greatest potential impact. On the other hand, you can sometimes do more as a big (or medium-sized) fish in a small pond rather than as a small fish in the ocean, and as a Swede I do feel some amount of responsibility for the discourse in Sweden. And I do love to write in my native language.