How Many Effective Altruist Billionaires Five Years from Now?

Dwarkesh Patel argues that “there will be many more effective altruist billionaires”. He gives three reasons for thinking so:

The post itself is kind of fuzzy on what “many” means or which time period it’s concerned with, but in a follow-up comment Patel mentions having made an even-odds bet to the effect that there’ll be ≥10 new effective altruist billionaires in the next five years. He also created a Manifold Markets question which puts the probability at 38% as I write this. (A similar question on whether there’ll be ≥1 new, non-crypto, non-inheritance effective altruist billionaire in 2031 is currently at 79% which seems noticeably more pessimistic.) I commend Patel for putting his money where his mouth is!

If we want to predict how many effective altruist billionaires there will be in 2027, we should attend to base rates.

Effective altruism has done very well at raising potential funding for our top causes. This was true two years ago: GiveWell was moving hundreds of millions of dollars per year; Open Philanthropy had potential assets of $14 billion from Dustin Moskovitz and Cari Tuna. But the last two years have changed the situation considerably, even compared to that. The primary update comes from the success of FTX: Sam Bankman-Fried has an estimated net worth of $24 billion (though bear in mind the difficulty of valuing crypto assets, and their volatility), and intends to give essentially all of it away. The other EA-aligned FTX early employees add considerably to that total.

There are other prospective major donors, too. Jaan Tallinn, the cofounder of Skype, is an active EA donor. At least one person earning to give (and not related to FTX) has a net worth of over a billion; a number of others are on track to give hundreds of millions in their lifetime. Among Giving Pledge signatories, there are around ten who are at least somewhat sympathetic to either effective altruism or longtermism. And there are a number of other successful entrepreneurs who take EA or longtermism seriously, and who could increase the total aligned funding by a lot. So, while FTX’s rapid growth is obviously unusual, it doesn’t seem like a several-orders-of-magnitude sort of fluke to me, and I think it would be a mistake to think of it as a “black swan” sort of event, in terms of EA-aligned funding. 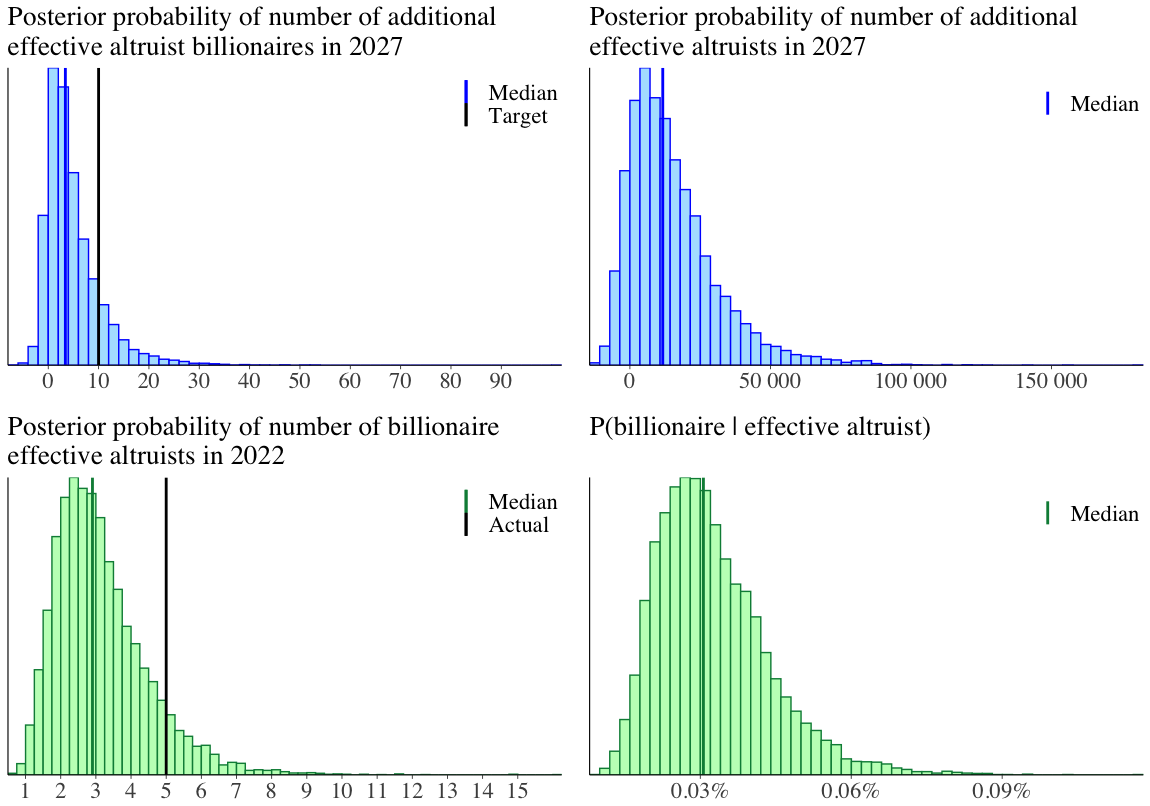 Here are the different scenarios (with median numbers reported):

I could see the recent success of FTX influencing things in either direction:

First, I’m not sure there’s more glory in effective altruist ventures than there is in traditional start-ups. Trying to think of various founders, of course the effective altruists are more famous within effective altruism and in adjacent spheres, but more broadly I don’t really see a difference; I see successful non-effective-altruist start-up founders getting lots of prestige and attention. This matters because Patel’s first (and to a lesser extent second and third) argument is premised on effective altruism being unusually prestigious. 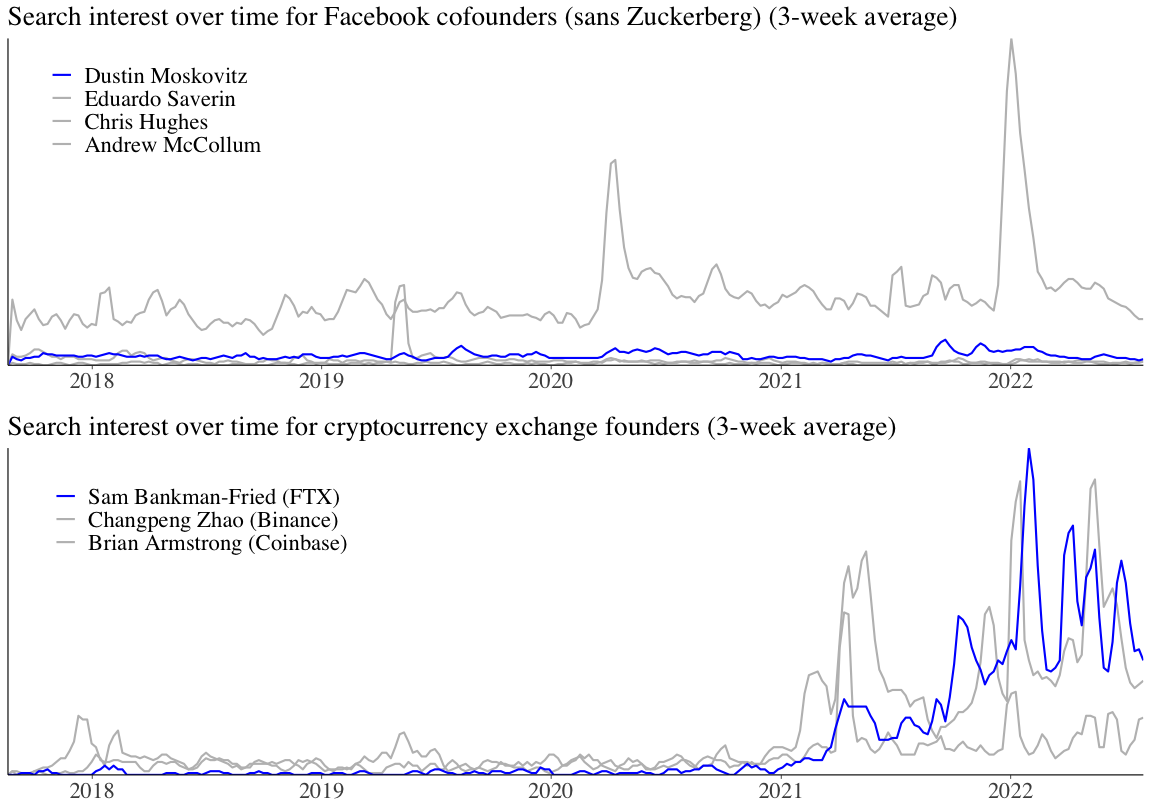 That said, the number of billionaires is steadily increasing, and that’s one reason to think there will be more effective altruist billionaires in the future. There will just be more billionaires period. In fact, if we extrapolate the trends a little more, we’ll all be billionaires one day.

Here is the Squiggle model used to produce the predictions:

Note that you may see slightly different results as the precise numbers depend on the random Monte Carlo draws (I think).