I suspect that roughly not a one of you knows that, in addition to being a mad-brained blogger at night, and in addition to being a swashbuckling programmer at day, I also dabble in music now and then and even run a small tape label together with my wife. We named it Die Brücke after the expressionist artist group of the same name, the one that counted among its members Ernst Ludwig Kirchner, Emil Nolde and Otto Müller among others. Until recently, we had released only two tapes, but today we are releasing our third, Variationer, an album that I’ve been working on for the past few years. Before doing anything else, I suggest you go stream it on Bandcamp. It is available there digitally as well as in all its crackling, physical C-60 glory, should you desire it.

Heaven knows I don’t want to sound like a braggart, but I think it’s pretty good. I think it is dense, detailed, varied and rewards repeat listens. I think it’s ambitious and I hope that it succeeds in its ambitions, though perhaps I am not the man to judge. I think it ends beautifully. I think you might like it. At least if you like ambient or drone music generally, but who doesn’t? 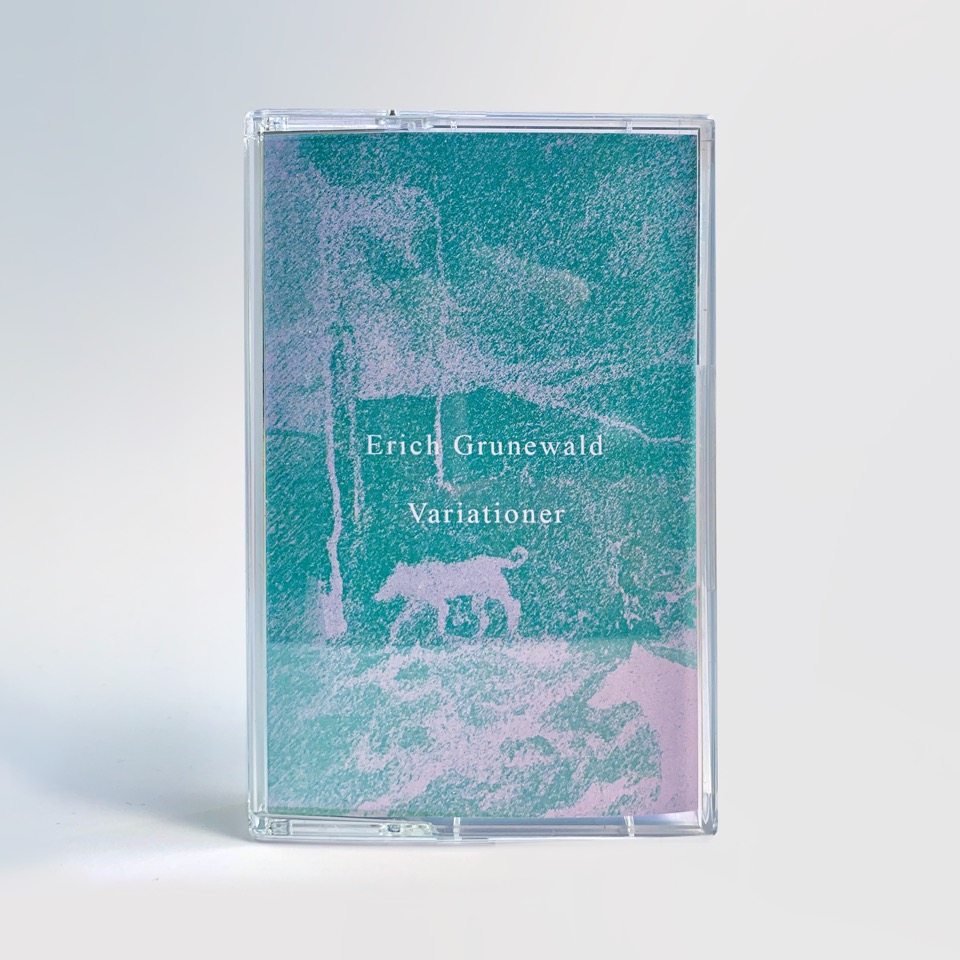 And here is the blurb:

“Variationer” is a set of variations on the opening phrase in the slow movement of Anton Bruckner’s 7th Symphony. It is a blend of the slower and more meditative parts of Bruckner and Richard Wagner, the solemn atmosphere of sacred music and the obsessiveness of modern experimental music like that by Phil Niblock, Alvin Curran, Pauline Oliveros or more recently Kali Malone. The end result is a mysterious journey across a landscape on the border between the classical tradition and contemporary experimental music.

So this is a set of variations. What does that mean? In the classical tradition, this form, also called theme and variation [1], first presents a recognisable musical theme, and then repeats the theme any number of times, but altered in various ways. Usually each variation is a distinct piece, with a beginning, a development and an end. However, in each variation, no matter how different its costume, the theme is usually recognisable. Some famous examples are Bach’s Goldberg Variations, Beethoven’s Diabelli Variations and Elgar’s Enigma Variations.

This album is not quite a theme and variation, because it does not state the theme clearly in the beginning (instead the theme is a sort of ghostlike background presence), and because most passages are only fairly distantly related to the theme, many of them not being recognisably the same theme at all. So be it. That was the shape that it took while I made it. That being said, there are certainly passages where Bruckner’s original theme is present and will be instantly recognised by those who know it. The harmonic progression appears throughout the first track (albeit slowed and stripped down) as well as in parts of the second and fifth tracks. Various motives from the theme appear in tracks two, three, four and five, though often varied. The theme is stated in full in the second track, by the guitar alone. And the coda, well … I leave that as an exercise for the listener.

Variationer was mastered by my good friend Marco. The other collaborators are Riccardo, who plays saxophone on tracks one, three, four and five; my brother, who plays guitar on the second track; and my sweet wife, who plays a Nord Rack 2 on tracks three and five.

And to close things out, here is the Brücke manifesto: