This post is part of a series on divers philosophical matters:

ENDEQUINA: Dear cousin, dear Frunimius, don’t you think I see, in those tired eyes, in those pursed lips, in those slumped shoulders, that you are not quite all right? You look like a rainy day, that’s just it. No, no, that’s not it, you look like a small, tired animal in its burrow, like an old rabbit lying down somewhere to die … I spoke to your lovely wife yesterday, who painted a picture of bliss and sunshine. What gives?

FRUNIMIUS: Hm! You know, Endequina, the most disagreeable thing happened to me this morning. A new maidservant in the Señora’s castle, an out-of-towner, came into my workshop to order one thing or another. She came in, but the moment she cast eyes on me, turned pale and said nothing. I said, “A dwarf can make furniture just as well as any other man.” But she gasped, made the sign of the cross and bolted out of there, like a hind … She didn’t even give me the chance to ask what was the matter … Of course I didn’t need to ask, it was obvious.

FRUNIMIUS: Thanks, but what really makes my blood boil is when people pity me.

FRUNIMIUS: No, no, don’t get me wrong, it’s all right to feel sorry about what others do. What I don’t like is when people feel sorry about my stature. As if pleasure somehow resided five feet and up in the body, and not an inch below! As if disability could somehow seep into one’s head, into the bloodstream! What even is disability? You are a sage woman, tell me what you think.

ENDEQUINA: Is it not the lack of some ability – the absence of a capacity to do something?

FRUNIMIUS: But you, dear Endequina, are perfectly tone-deaf. Are you disabled? If you move to a village that values musicianship deeply, that makes sure good things and prestige go to great musicians, that calls everyone who’s tone-deaf disabled, would you not be the one to suffer? Would you be disabled then? No, your tone-deafness would be bad for you only because the village would make it bad. This is my situation in our village. 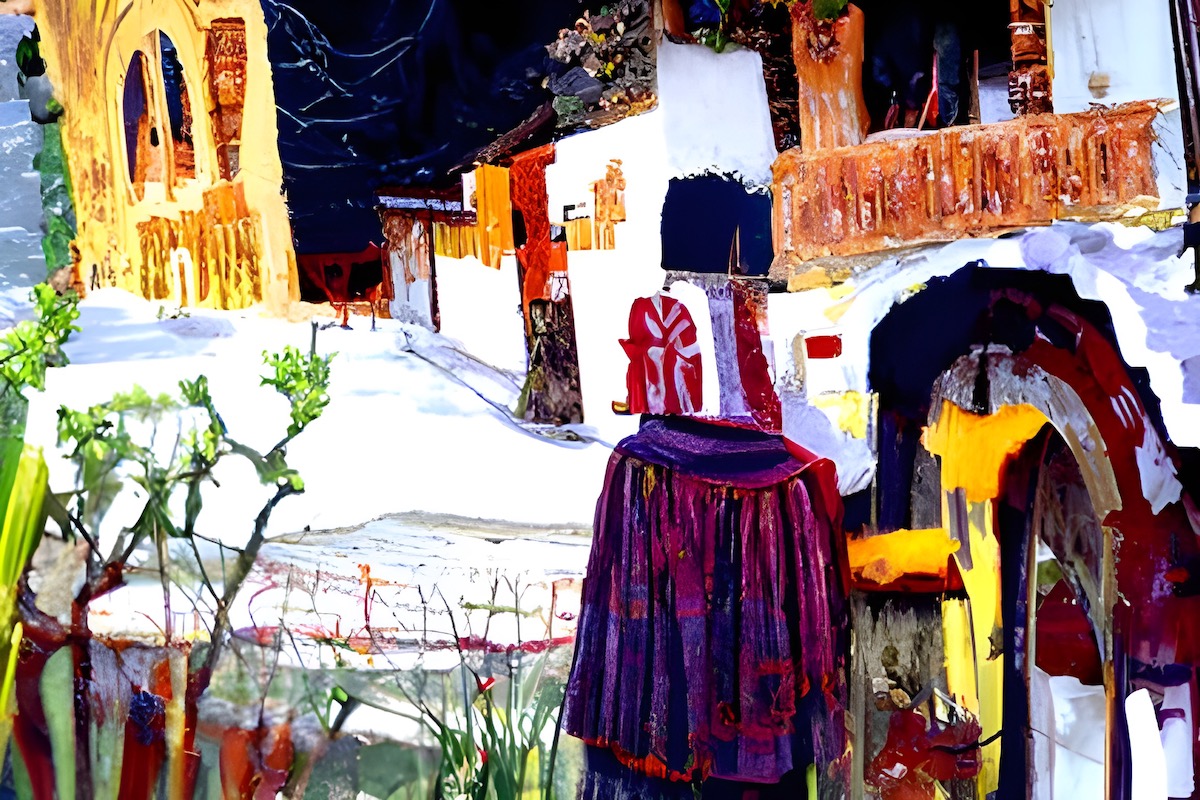 ENDEQUINA: I can imagine living in such a place, and the thought doesn’t please me. Still, isn’t it good to have the ability to do something? It’s good to be able to tell one musical note from another, isn’t it?

FRUNIMIUS: On the contrary, how could it be good? Ability alone is not good, it is only potentially good … it needs to be realised to be good. The realisation of goods happens in our village. Our village can – in theory, at least – change so that my abilities can realise similar goods as your abilities, or even the Señora’s. For example, you, dear Endequina, are a woman. Being a woman is not a disability, I think you’ll agree. But you are treated differently – worse – because our village has decided to treat you that way. How is my condition different?

ENDEQUINA: But wait a moment. Isn’t it good to have more options? Options open up possibilities, possibilities allow us to find better actions, actions that give us what we want.

FRUNIMIUS: No, and for two reasons. One, having an ability – just like having a disability – means different things are expected of you. Is a woman better off than a man because she has the ability to give birth? Childbearing is painful and dangerous, a fact I know from my sisters … Besides, we often use abilities in ways that are bad for us. That’s the second reason: we often don’t choose what’s best for us. The ability to fight in a war is bad if it gets you killed …

ENDEQUINA: That seems true, cousin, but don’t you think having more options may be good on the whole, even if it’s bad sometimes?

FRUNIMIUS: Perhaps. Still, if more options are good, that is only the result of living in a particular village. In another village, these options are bad … Really, it all comes back to this question. What is it that makes my dwarfism a disability, but not your womanhood? It’s the circumstances we are in, nothing more. And the circumstances are the way they are because there are many of you, and few of us.

ENDEQUINA: I think I see what you’re saying, dear Frunimius. But another idea just struck me. Perhaps disability is the degree to which other people need to make accommodations for us?

FRUNIMIUS: Look, I am short. We see things differently from down here. But as best as I can tell, I don’t need any accommodations. All I want is common decency!

ENDEQUINA: You are not talking about prejudice?

FRUNIMIUS: Most certainly not! There’s prejudice, but there’s also accident, ignorance, forgetfulness, stupidity and all the other sources of evil that afflict humankind.

ENDEQUINA: Then per my definition you are not disabled. But some people are. They are if their condition is meaningfully bad for them, or if it isn’t, if other people need to meaningfully accommodate them. Yes, being a woman, or a man, can be somewhat disadvantageous under some circumstances, but being paralysed from the neck down is really disadvantageous under most circumstances.

FRUNIMIUS: It is starting to sound as if you agree with me, sweet cousin! You are saying that a condition is a disability only depending on the village one lives in.

ENDEQUINA: I agree with nothing and everything, always and everywhere … But don’t you think, Frunimius, that it’s useful to have a word that means roughly “lacking some capacities such that other people need to make significant accommodations”? That’s no reason why anyone should be stigmatised or ill-treated, but there has to be a limit to the accommodations people need to make for others. Isn’t it bad to need other people to accommodate you?

FRUNIMIUS: Very few accommodations need to be made for me. Yet I am stigmatised and pitied.

FRUNIMIUS: Finally these two blockheads are getting somewhere! Well, let’s take suffering, then. Do I suffer more than you do?

ENDEQUINA: You are a most cheerful fellow. 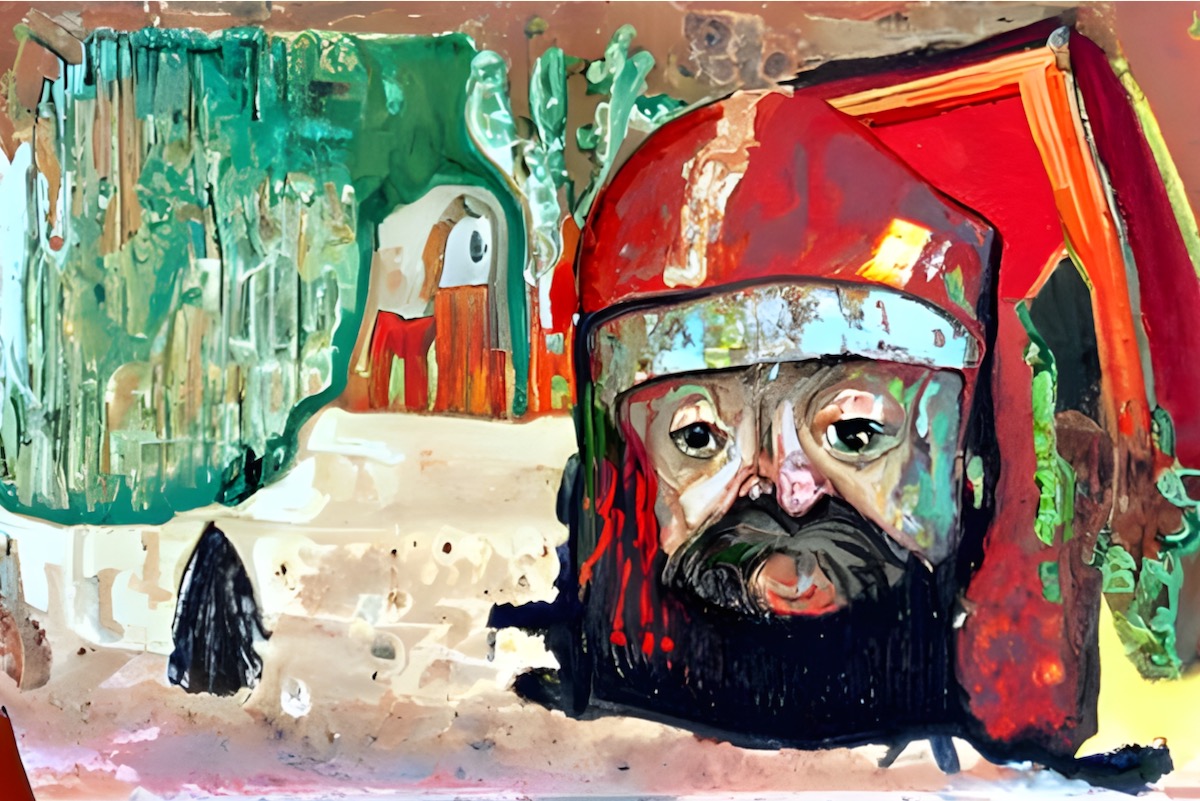 FRUNIMIUS: That’s right. You know me. I’m not bitter – or well, maybe I’m bitter, but I’m not angry. I think if you took any number of people, you would not be able to predict their happiness any better after learning that they are or are not disabled … True, once in a while a maidservant shows up to ruin one’s day. But there aren’t that many maidservants in this world. You probably feel that you wouldn’t want to be of my height, but that is because it would involve a major change for you – it would disrupt your sense of self. I was born like me, and would not want to, and cannot, be otherwise … Besides, it’s not the sort of thing you should be doing to someone without their permission.

FRUNIMIUS: Can you not? Everyone wants to be loved, no one wants to be in pain, we all desire the good opinion of our village. Well … but even if I grant you that we dwarfs sometimes feel worse than others, even though it doesn’t seem like that to us, that is still only because of how our villages treat us, I think. It would perhaps not be too wrong to say that disability is not bad, but when it’s bad, it’s bad conditional on the village you live in.

ENDEQUINA: Speaking of pain, what if a disability causes terrible pain, of the physical sort, with which no village had anything to do?

FRUNIMIUS: For me – and I only speak for myself – and of course I cannot deny the fact that disabilities are sometimes bad for you, though perhaps I contradict myself … but for me the badness of being a dwarf is balanced by an equal and opposite amount of good, yes, good! How can it be good? I told you: I see things differently from down here … I really am proud to be me, an exile of sorts. Those other people, who get everything so easily, have nothing to be proud of … And pain, that’s different, and here I think the village need not make any accommodations except those it should always make for people who are in pain.

ENDEQUINA: Which are considerable, yes. But if that’s not worth doing, then what is?

ENDEQUINA: This is all very confusing, by the way. How’s business?

FRUNIMIUS: Well, you know, you make do … There’s no cause for complaint … The Señora’s maidservant returned soon enough and made the order – a grand table and twelve dining chairs – we’ll be living nicely enough during the coming weeks.

This dialogue was inspired by the philosopher Elizabeth Barnes, whose ideas are probably best presented in Barnes (2016), though I haven’t read it myself. The dialogue is an attempt at understanding. I am not disabled and do not speak for anyone but myself, if that.